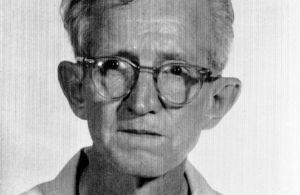 After the ratification of the Bill of Rights in 1791, the first ten amendments to the Constitution became law.  Over the years, it has been the task of the federal courts (most notably the Supreme Court) to determine how to interpret the rights and protections inherent in the Bill of Rights. The Sixth Amendment to the United States Constitution guarantees, “In criminal prosecutions, the accused shall enjoy the right… to have the Assistance of Counsel for his defence.” [1] What that guarantee means has evolved over the years as the Supreme Court has evaluated cases relating to this particular clause of the Sixth Amendment.

Linda Monk wrote, “The right to counsel is the most important in the Sixth Amendment, because without it the defendant is unable to assert any other rights he has.  It is almost impossible for a layperson to navigate the complicated legal system alone.”[2]  The right to counsel is a commonly known right guaranteed by the first ten amendments, as this right is often referenced on television courtroom and law dramas in the reading of the Miranda Rights to suspected criminals.  While the Sixth Amendment has been unchanged since 1791, our interpretation of the right to counsel has changed considerably.

Originally, the right to counsel was interpreted to mean that you had the right to pay an attorney to be present at trial, leaving those who could not afford an attorney unable to execute such privilege.[3] Programs to help the poor accused of crimes were implemented in cities across the country, but were largely voluntary and very limited – less than three percent of the nation’s counties even had public defender programs before 1963.[4]   Even if one were lucky enough to have free or pro bono counsel, often such counsel lacked quality or a commitment to defending the accused.  In 1930, the Cook County’s public defender’s office described its purpose as “to assist the court and to expedite guilty pleas.”[5]  While some indigent defendants would have the benefit of counsel in criminal cases, the quality and quantity of public defenders were certainly lacking in the early 20th Century.
END_OF_DOCUMENT_TOKEN_TO_BE_REPLACED